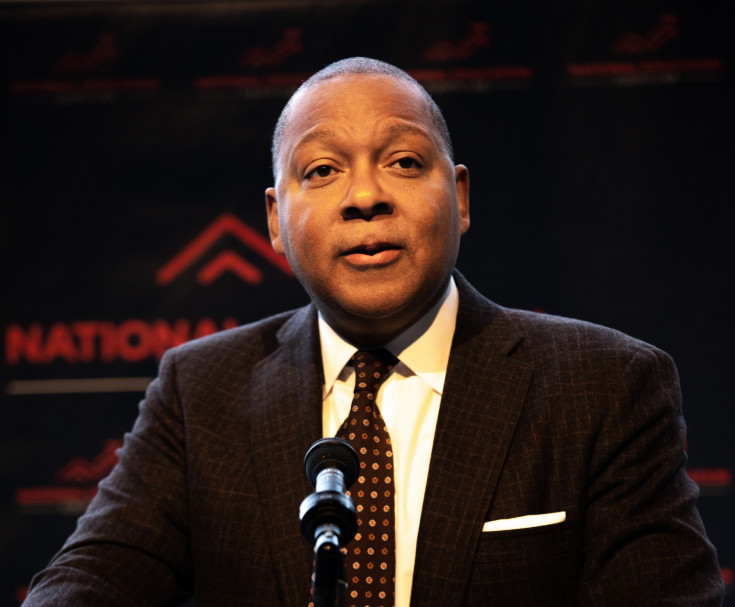 A LEGENDARY WELCOME
“We need you to become as educated as you can possibly be to change the quality of the dialogue in the country. I’m so proud of y’all. I want you all to understand that college matters.”
– Wynton Marsalis, Musician & Artistic Director at the Jazz at Lincoln Center, welcomed us to the “House of Swing” and shared words of wisdom.
CELEBRATING SUCCESS
“The students we are celebrating today did something many people do not have the opportunity, and for some — the guts — to do. They took a HARVARD college course in high school and PASSED.”
– Leslie Cornfeld, Founder & CEO of the National Education Equity Lab 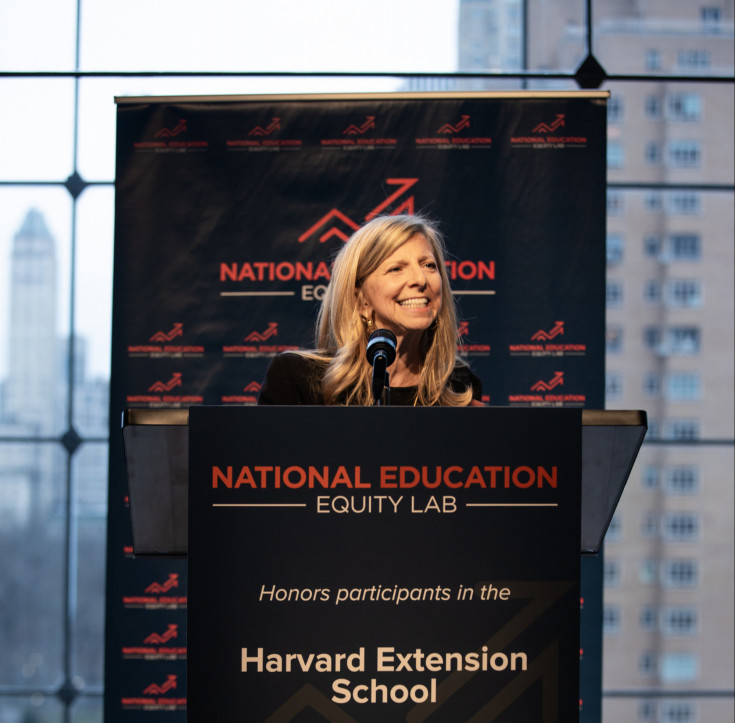 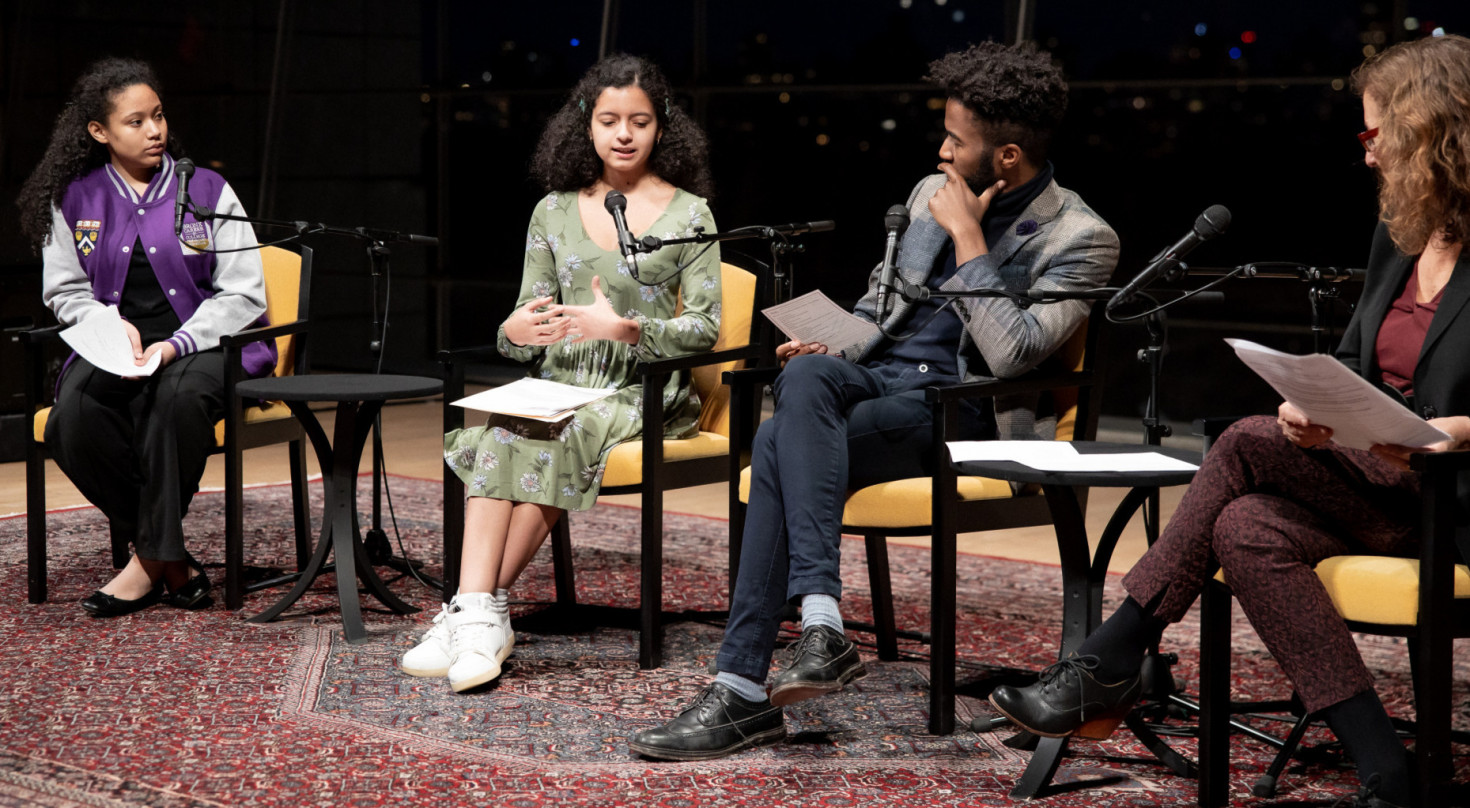 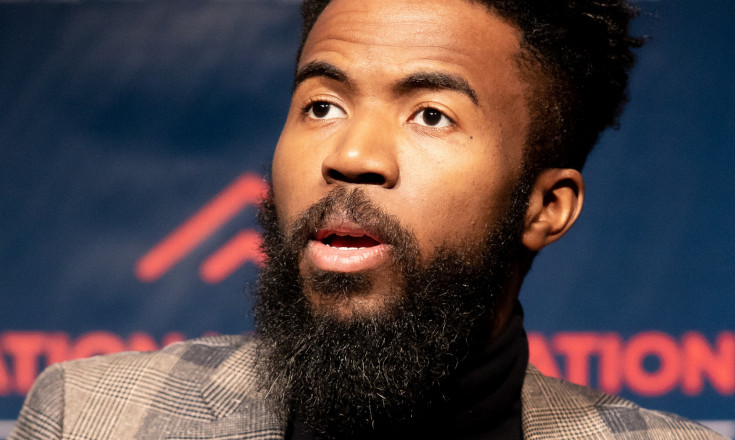 “What a night! Thank you to all of the kind folks at @PoetryInAmerica &@EdEquityLab for inviting me to share the stage with so many brilliant NYC high school students last night. It was a timely reminder of what poems make possible.” 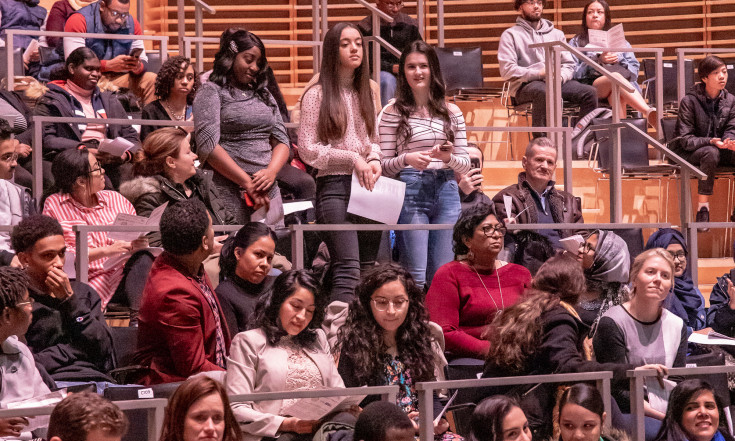 “The @EdEquityLab is celebrating HS students from 11 @NYCSchools who completed the @Harvard Poetry in America class and earned Harvard extension credits at @jazzdotorg. #CommunitySchools creating opportunity!”

youtu.be
HONORARY KEYNOTE SPEAKER: ANN TISCH
“My passion for equity and education starts with the belief that we can’t sustain a democracy without a robust public education system. Public education is at the core of who we are as a nation.”
– Ann Tisch, Founder & President, Young Women’s Leadership Network and, College Bound Initiative, provided the honorary keynote address. 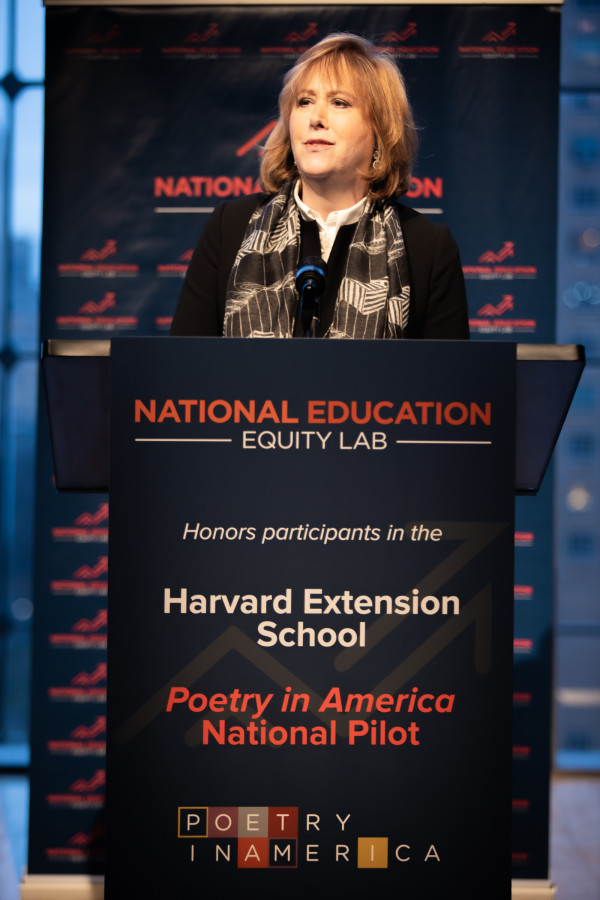 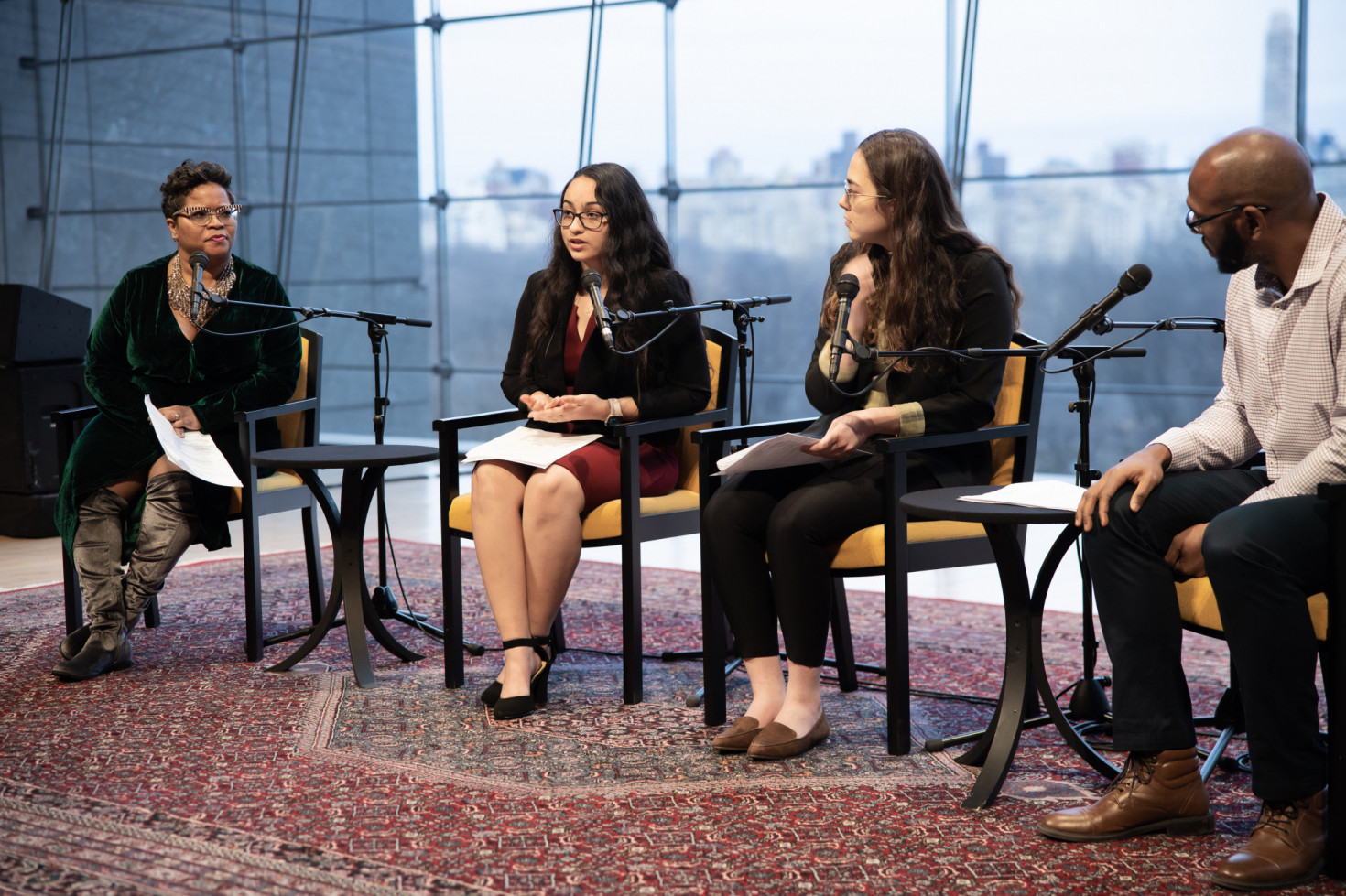 “The biggest change I notice was their confidence level. There was a lot of worry at the beginning — do I belong in this class? Can I succeed in a Harvard course? At the end of their course, they are just so much more confident in expressing their ideas and owning what they create. “
– Jennifer Pineda, Assistant Principal & National Pilot Teacher at The Young Women’s Leadership School of Queens, in conversation with Kimberly Perdomo, student at The Young Women’s Leadership School of Queens, and Merima Ramdedovic, student at Community Health Academy of the Heights, and Donald Brown.
“I was the first man in my family to go to publicly integrated school; even then, my majority-minority public school was underfunded, and only 60% of my senior class graduated. Thankfully, due to a good support system and hard work, I was one of those who did graduate, and one of the many fewer who went on to college. And now, a bachelor’s degree later, a Rhodes Scholarship later, and four years of Harvard later, here I am now, speaking to you all.” 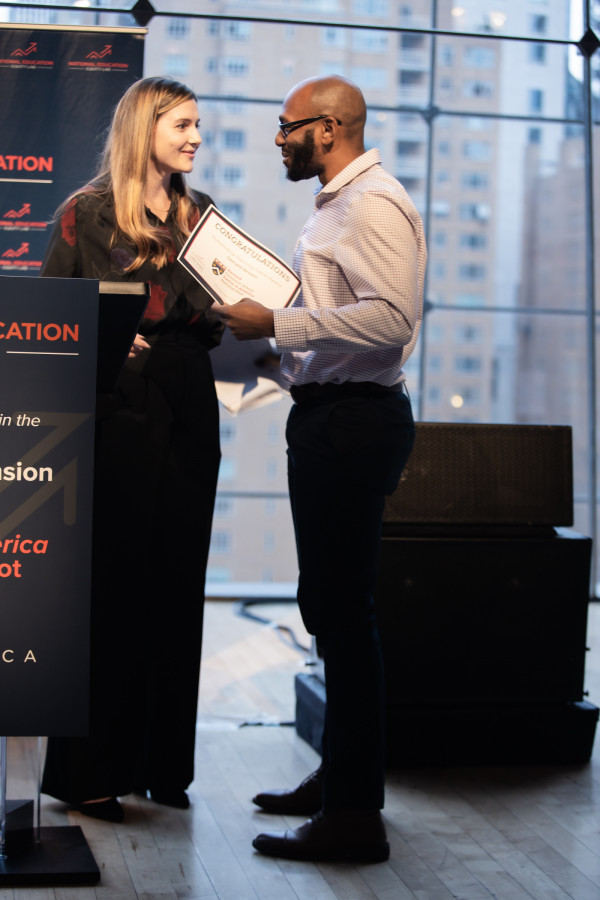 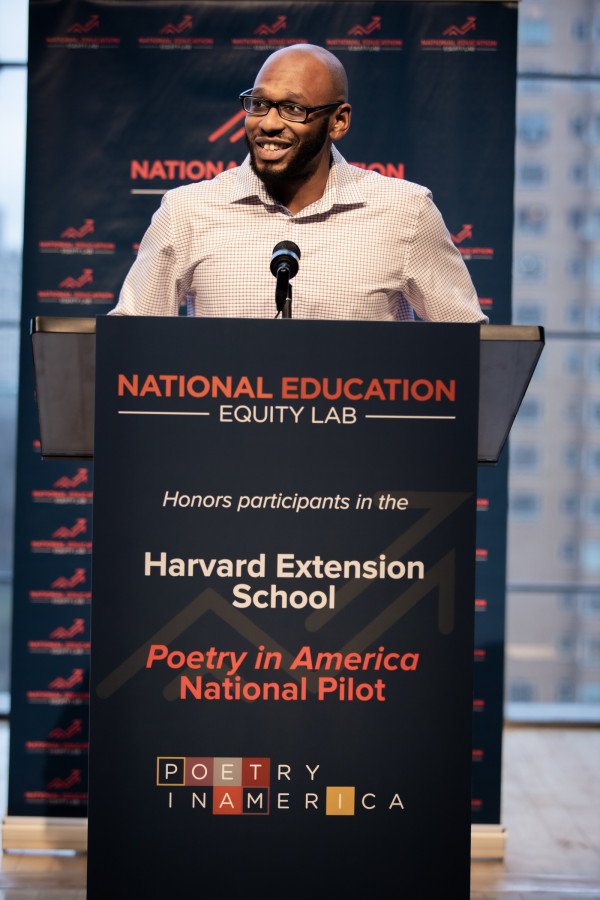 – Jenny Rickard, CEO & President, The Common Application and  National Education Equity Lab Advisory Board, received the Trailblazer Award for her focus on equity in education. 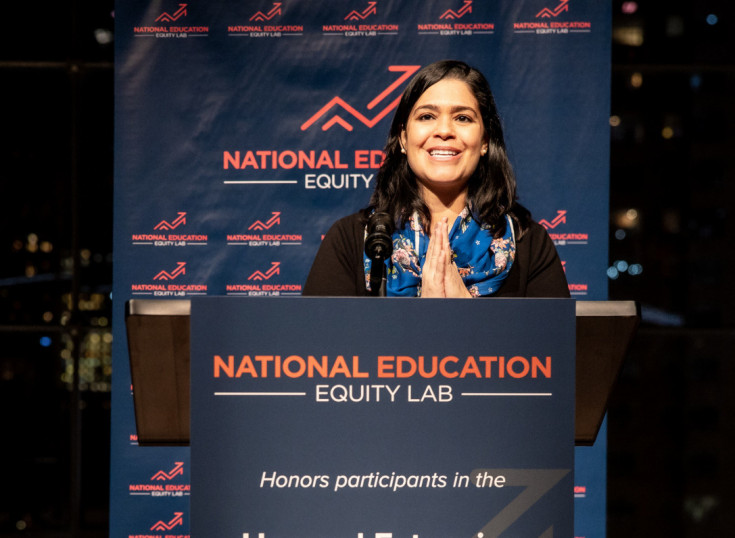 Marielys Divanne, Vice President, Education United Way of New York City, closed the ceremony by honoring the students, principals, and teachers from the 11 NYC schools in the pilot!
Marielys highlighted the importance of partnership — a key component of what made this program possible.

JOIN THE CONVERSATION!
It was a beautiful night but it is not over — join the conversation on Instagram and Twitter.
Follow us@EdEquityLab and let us know: what was your favorite part of the night?

THANK YOU TO OUR PARTNERS IN NYC… … AND ACROSS THE COUNTRY!
https://edequitylab.org/partners/